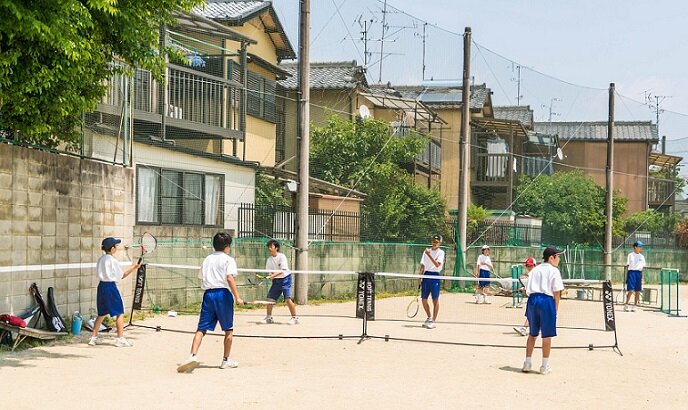 Top 10 countries where tennis is most played in World

Popular countries in soccer are Brazil and Belgium, and Australia in cricket. Japan is on top of baseball. But which countries are more famous in terms of tennis? We are here to introduce you to countries where tennis is the most popular sport.

According to history, France is the inventor of this game, and England is the nurturer. The game of tennis has been played internationally since the middle of the 20th century. If we take a look at the regional popularity, the first leading country we see in Australia.

England is the origin country of modern tennis. British Army Officer Walter Clopton Wingfield is the founder of modern lawn tennis. He was one of the persons experimenting with lawn tennis in the late 1860s. He also formed the regulations of lawn tennis, and now the game is played according to his rules.

Australia is the country where tennis is the most popular and most played game of all. Australia became an active tennis country in 1950. Australian men won the Davis Cup fifteen times from 1950 to 1967. (Source: Wikipedia)

Australian Open is the first Grand Slam of the year, takes place in Australia every January of the year. The next Australia will begin in February 2021.

In Australia, tennis is the mostly played and the regional popularity is 100 percent.

The second Grand Slam tournament is the French Open, held in France in May-June each year. The locals in French call it ‘Roland-Garros.’

France is the second tennis playing country with a percentage of 71.

NZ’s regional popularity of tennis is about 70 percent.

Swiss International Tennis tournament (a.k.a Swiss Open) is a tournament. It takes place in Gstaad, Switzerland.

Roger Federer, the no.1 wealthy athlete, according to Forbes, is a Swiss tennis champion. He won a total of 20 Grand Slam championships in men’s singles tennis. Swiss Indoor Basel is a men’s tennis tournament held in Switzerland, and the gameplay takes place on indoor hard courts. There are seven subcategories of Swiss tennis as well. Swiss tennis is the 4th tennis playing country and popularity percentage is 69.

Tennis got internationally recognized after coming to England. Modern tennis mainly originated in England in the 19th century. Henry VIII, the young monarch of England, used to play lawn tennis. He had made a unique contribution to the advancement of real tennis.

The United Kingdom is the 5th country where tennis is the most popular sport. And the regional popularity is 63%.

According to history, Belgium was one of the earliest tennis countries. In 1904, Belgium entered the Davis Cup along with France and England. Although their debut was successful, they couldn’t last till the end of the Davis Cup.

Singapore is the largest hoster of women’s indoor tennis. As a result, the engagement of people in this game increased rapidly in Singapore. Stefanie Tan, Daniel Heryanto, Rheeya Doshi, and others are some renowned tennis players in Singapore. It has ranked 7th and the popularity rate is 56%.

According to Wikipedia, tennis was first played in the US in 1881 after the National Lawn Tennis Association was founded.

US has the same popularity rate as Singapore.

Italy is another tennis-playing country placed 9th at ATP ranked countries. Italian Open or Italian International Championship is a tennis tournament in Italy that takes place every year in its capital city, Rome. Fabio Fognini, Matteo Berrettini, Jannik Sinner, Sara Errani, Macro Cecchinato, and others are the famous tennis players in Italy. 51% of people adore this game as a source of entertainment.

There are some other countries where tennis is the most played.

Some of them are Madagascar, Netherlands, Ireland, Canada, Cameroon, Laos, Macedonia, etc.

Tennis is an Olympic game, and people of all ages can play this game. In some countries of Asia, table tennis is more popular than lawn tennis. Some Asians adore table tennis so much that they play indoor table tennis.

Tennis is not only a game of enjoyment, it helps the players to build up a fit and healthy body. There are so many health benefits of playing tennis. So everybody should play this game.