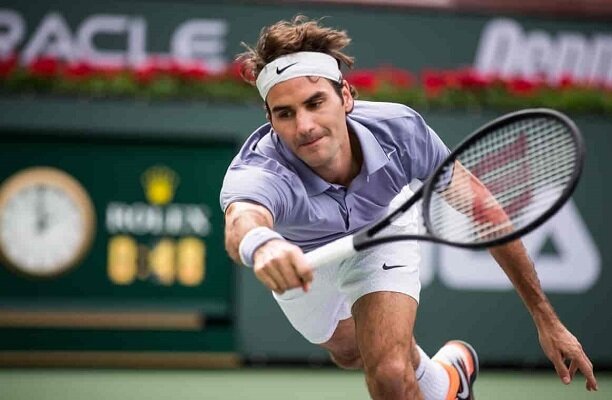 Why Tennis is a unique sport

Soccer is the most popular sport nowadays, but tennis is also not far behind the popularity list. Tennis is the most favoured sport in the world. People of all ages, young and old, can play this game.

Tennis and its history

Tennis is a French sport. This game originated in France. The time was the 12th century when people in France started to hit a ball with bare hands. After that, they used gloves to hit the ball. In the 16th century, people used rackets instead of gloves. Although this game is from France, it has gained popularity in England.

Then in 1882, the journey of tennis began with the formation of the Leamington Spa Club. The official start of tennis began in Birmingham, England, through the Wimbledon Championship in 1887. The International Tennis Federation was formed in 1924.

In tennis, as in other sports, the two sides face each other. There are two types of tennis:

There are variations on the tennis court, like the type of the game. Professional tennis is usually played on three types of courts. The only difference between these courts is the lower part of the foot. The following are some examples of such courts:

Clay court: There are two types of clay court – red and green court. The speed of the ball is relatively low on the clay court. It makes the ball spin more. The French Open is played on the red clay court.

Hardcourt:  This court is made of concrete, acrylic, and asphalt.  The Australian and US open matches are played on this court. In this court, the ball bounces much more, and the speed is faster.

Grass Court: The court is made of grass. Wimbledon Championship is played on this surface. The ball bounces too much on this court, the speed is also much higher.

With the tennis bat in hand, the two sides stand on either side of the net. One side will serve the ball from inside the baseline of the court. The one who will pass the ball is the server. And the one who will deal the ball from the other side of the net is called the receiver. If there is any mistake while serving the ball, the server gets a chance to pass the second time. However, if you make a mistake to pass the ball for the second time, the receiver gains points as a double fault. If the service goes correctly, the game starts from here. Thus the battle sending the ball back to the opponent’s court continues. If one side fails to send the ball back to the opponent’s court, the other side gains points.

If the receiver cannot return the ball after serving the ball, the server will get 1 point. And if the server makes a mistake while passing the ball twice, the receiver will gain 1 point. In tennis, 1, 2, 3 points are calculated in this way, but 15, 30, 40 calculated in this way. Going to the fourth point is the game. Advance is to be one point ahead, Deuce if the points are equal. To win a game, you have to be at least 2 points ahead of the opponent. Otherwise, the game continues. Just like this, a set is made up of six games. A player can win if he can win six games with a gap of at least two games with the opposing player. In a set, if there is a tie in 6-7 games, then the game has a tiebreaker round.

The Grand Slam is a combination of four tennis tournaments. The player who wins all four of these is called the Grand Slam winner. These four tournaments are the Australian Open, the French Open, Wimbledon, and the US Open.

This tournament takes place in January every year. It is the first Grand Slam tournament of the year. The first tournament was held in 1905. The single winner in the girls’ section of the match gets the ‘Depne Eckhart Memoria’ trophy and the boys’ win the ‘Norman Brookes Challenge Cup’ trophy. Since 2010, 2.2 million has been added to the trophy in both cases.

In March 2007, for the first time an equal prize money was announced for boys and girls, and the amount was 1.12 million Euro. As for the runners up, the  amount was 500k Euro.

Held every year in the 3rd week of June, this is the oldest tennis tournament. There is no change in this period. It is the most elite and popular tournament in tennis. It is also ahed in terms of money. And there are traditional issues.

Only Wimbledon games are played on grass courts.

The fourth Grand Slam is the US Open. It takes place in August-September of the year. The tournament began in 1881 as a source of entertainment for America’s elite.

According to Forbes, Roger Federer is the wealthiest athlete in the world. He is a Swiss player. He is a star tennis player who has won 20 Grand Slam men’s singles titles. Federer is the No.1 in ATP rankings with a record of 310 weeks, just before Novak Djokovic.

About Tennis played around the world

The countries where tennis is mostly played (according to regional popularity):

Where tennis is the most popular in the world

How can tennis bring benefits to your health? Is this possible? The answer is, « YES! » Not only tennis but almost every sport has numerous health benefits.

Tennis is an international sport that is popular among people of all ages and races. Everyone loves to play and enjoy this game very much. France is the birthplace of the game of tennis. But the game became very popular after coming to England.

To play tennis, you need a tennis ball, racquet, net, and opponent. Tennis is a strategic sport, and so players’ movement is so active in this game. In this game, players have to move frequently to pass the ball or service to the opponent. Thus, they make points.

There are two types of tennis – the first is lawn tennis, and the other is table tennis. Tennis is the best way of recreational activity for a person to enjoy this sport with his friends and family. It can help to provide better physical and mental health to a person. Research shows that an hour-long game of singles tennis burns 600cl of men and 420cl of women.

Tennis is an excellent choice for your health as a full-body workout. It engages your body’s organ system and muscle groups. Moreover, it’s a social distancing-friendly sport, and you can play it during this pandemic as well.

Here are the seven health benefits of tennis for people of all ages:

In tennis, one has to run and pass the ball with a racket to the opponent. So, a player has to swing, run, and handle the chasing ball. It increases the blood circulation of the body and increases the heart rate of a person playing tennis. Studies show that racquet sports are helpful to reduce death from cardiovascular diseases, and the percentage is about 56%.

Engaging in exercise is not only good for the heart but also for losing weight. It can help you burn calories even if you don’t change your diet plan. You can burn your extra calories per hour playing tennis. You have to continue playing and maintain a healthy diet chart.

Playing tennis can help you increase aerobic capacity as a player is involved in active movement. Also, muscle movements while playing help to burn fat and calories and also improve metabolism. Therefore, tennis is an excellent sport to gain a perfect body shape.

Perfect body balance is a must in tennis. While playing, a player has to pass and balance the ball, which leads him to balance his body movement. Tennis is necessary to improve human brain power. Dr. Joan Finn of Southern Connecticut State University has stated that tennis can generate new nerve connections in the brain.

A player’s mental alertness, critical and tactical thinking gets improved by making connections in the brain. Playing tennis can help a player to get a better sleep cycle, appetite, and better emotional health.

The footwork on tennis can help a player get lighter on his feet. In tennis, players frequently change their direction and go on vertical positions, and thus players gain flexibility and agility.

Vitamin D is necessary for a sound body and helps to improve bone density. The good thing is, it decreases the threat of cancer. As we all know, sunlight is the perfect source of Vitamin D. So, playing tennis outdoors is very beneficial for your health.

Researchers say that the human body receives the most vitamin D from sunlight at midday.

Other benefits of playing tennis

Tennis is not only a great physical workout but also a game of socialization.

Don’t play with a pre-existing illness or injury.

Warm-up yourself before jumping into the court

Follow the correct techniques while playing and stay focused.

Schedule play according to age and ability

Avoid the slippery surface of a tennis court. Play indoors if the conditions are wet.

Tennis is the best sport to maintain a healthy and fit body, strength, and agility and has psychological benefits.

But over-playing can bring harm to your health. So, it’ll be better not to overdo it. If you want to play tennis, make sure to have enough fluids on your hand and rehydrate so that you can avoid injuries and illness. Lastly, if you are playing in the sunlight, don’t forget to put on your sunscreen. That’ll prevent your skin from sunburn and skin cancer. Follow all the rules and regulations and have a better playing experience.